Mathematics begins with the study of logic.

That’s how Geneva Academy instructor Stetson Bosecker describes his strategy for teaching mathematics (he rarely says “math”) in a classroom. 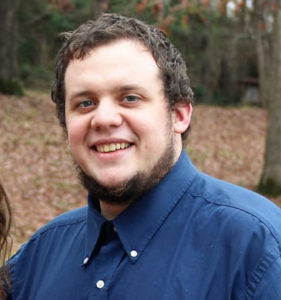 “In America and possibly everywhere else, we’ve really moved away from the study of mathematics as logic to understanding mathematics as simply solving algorithms,” Bosecker said. “Now we just memorize formulas and we are no longer learning true mathematics. Mathematics should always be an extension of the logic classroom, and that’s the spirit I’m trying to renew at Geneva.”

“The textbooks were awful,” said Bosecker, before describing the average math textbook. “It’s usually a long list of problems, and usually it’s the same problem, several times with different numbers plugged in. One of the things I dislike about modern American education is that we teach children for tests, so we only teach them how to solve this one particular problem. What you find is that if you change the problem, they can’t solve it.”

Studying mathematics in the logic classroom helps prepare the students for apologetics and critical thinking, too, he said.

“Everyone knows you need English class so you can read books and learn to better communicate,” Bosecker said. “We all know that learning English has a purpose, but it’s not the same way with mathematics. Our teaching of mathematics has been more utilitarian. I think that’s backwards. Studying mathematics under the logic framework allows us to study logic without getting stuck in the ambiguities of language. Mathematics under the logic framework is apologetics. You are learning and exploring proofs that will train you for critical thinking and defending the faith.”

Bosecker began developing a Foundations of Mathematics course for Geneva Academy that would cover preliminary logic as well as set theory, number theory, and graph theory.

“We also cover the history of mathematicians, because many of them were Christians,” he said. “I want our students at Geneva to know that what we know of the world mathematically was discovered through Christian men.”

In his textbook, Bosecker’s chapter on set theory begins with a brief biography of Martin Luther as a way of identifying one of the religious influences on Georg Cantor, who created set theory in the late 19th century.

Though Bosecker hopes to complete his textbook this year, he refers to the book as only a supplement to his classroom work.

“I don’t really like to teach from a textbook,” he said. “In my classroom, the students work problems together on the board. If they get stuck, I want them to work with their classmates to solve it. If they try to solve it algorithmically, I interject, because I want them to understand and articulate what part of the problem is giving them trouble. Because that is an opportunity for them to understand the underlying principles and how such a problem should be solved.”